Other than to embrace the modern life style where the kitchen and the Family Room is the center of the home, the Great Room was designed with entertainment in mind.  The 8 foot tall sliding doors disappeared into the walls when completely opened.  This invites the outdoor into the indoor living space.

Outdoor seating area with a fire pit were now created and was an extension of the interior once the sliding doors were opened.  The fountain on the wall was discreet and meant to blend in with the space. BBQ station and an outdoor shower complete the party scene. 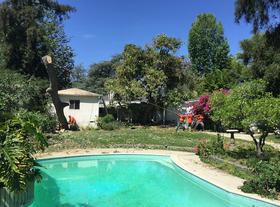 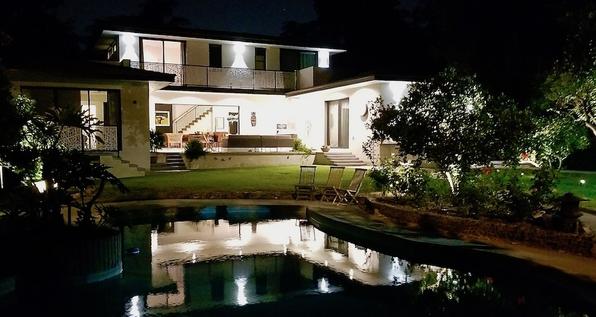 conceptual design of the facade 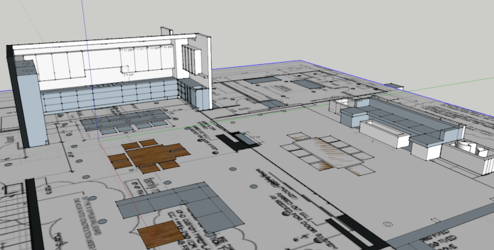 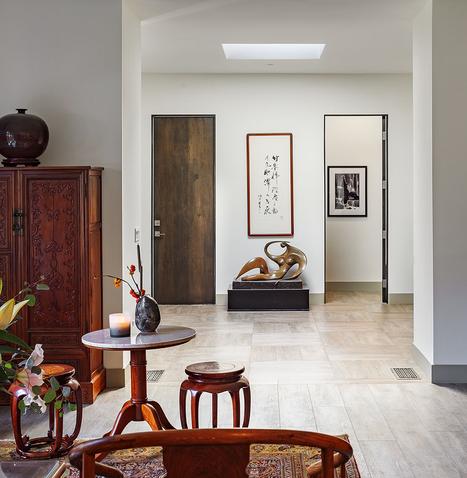 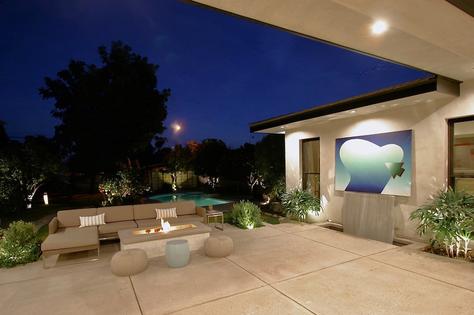 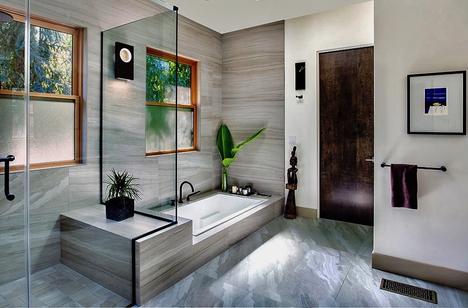 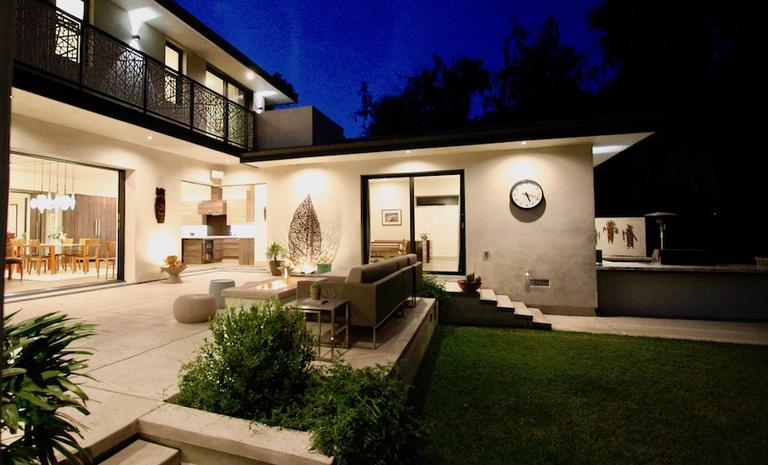 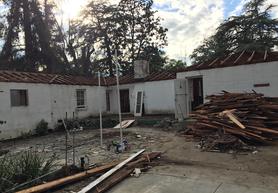 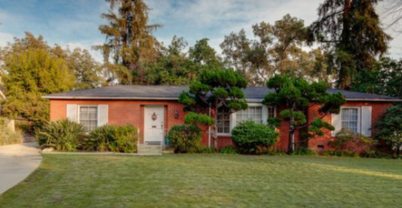 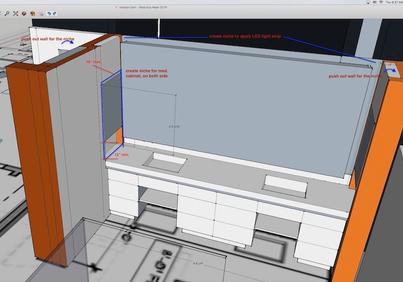 The front walls were kept in place to comply with the code but the plains were manipulated to create dimension and volume.  The second story addition was set back on top of the new construction to avoid looking too massive, and to keep the construction cost down.  The original bricks which were on the facade of the old house were stripped, cleaned and reapplied to adorned the front entry and the chimney. 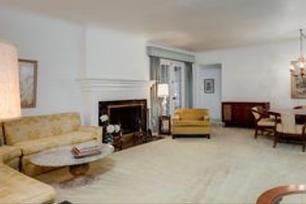 In the Master Bedroom, a secondary closet space was behind the wall, which was part of the existing exterior wall. 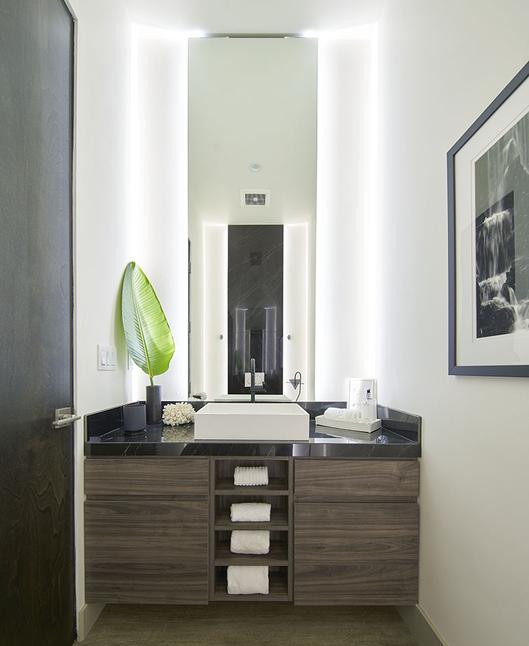 The vanity mirror in the powder room was back lit on either sides and is also "mirrored" by the black marble on the opposite wall. 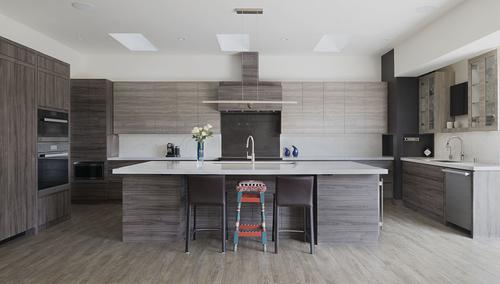 Portfolio
About Us
Services 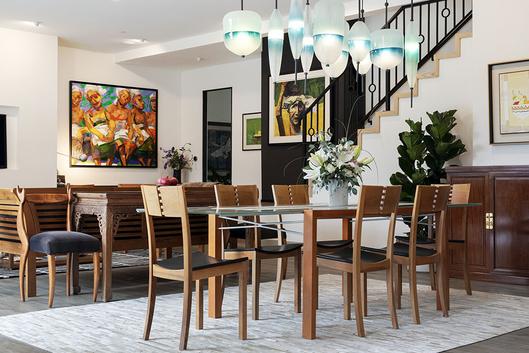 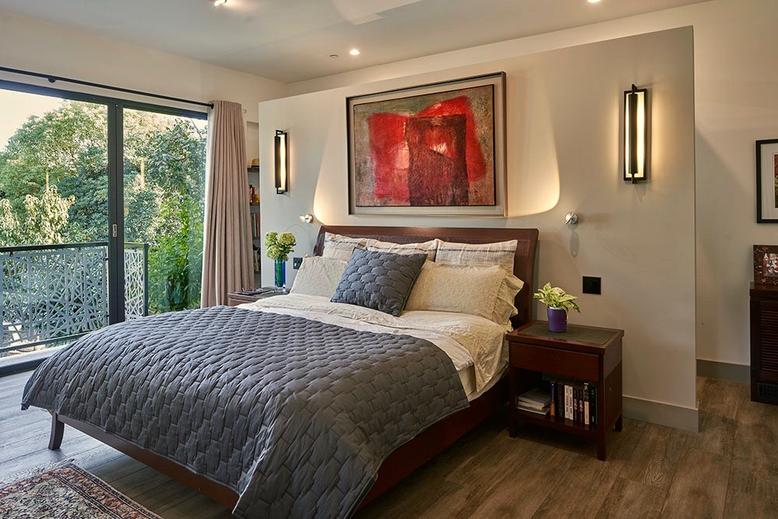 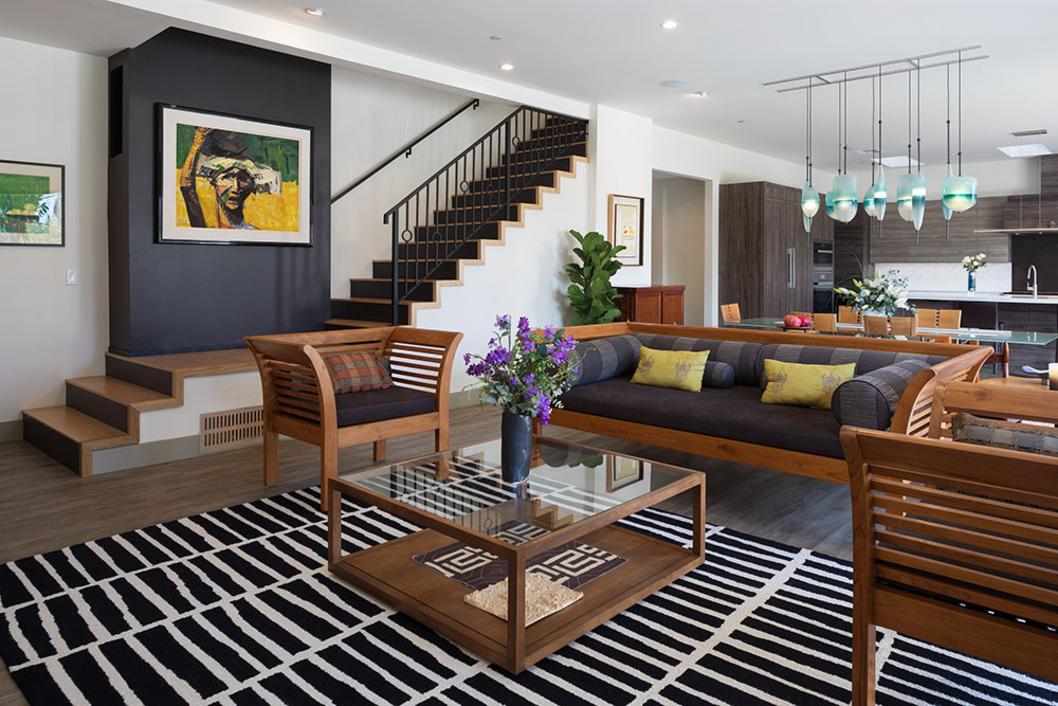 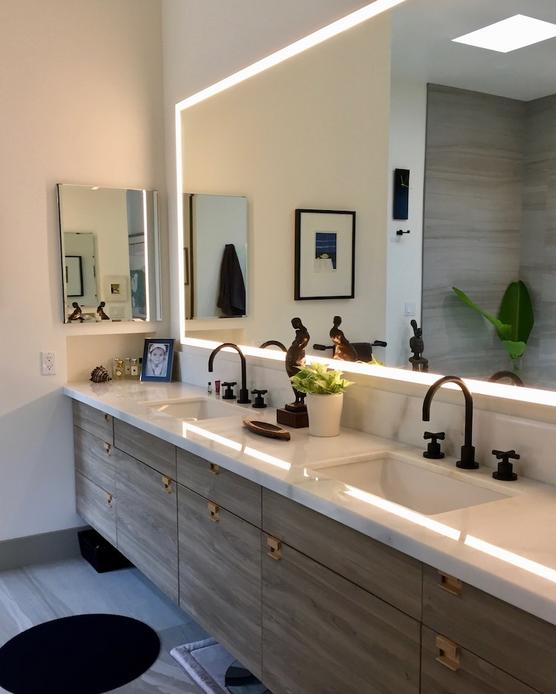 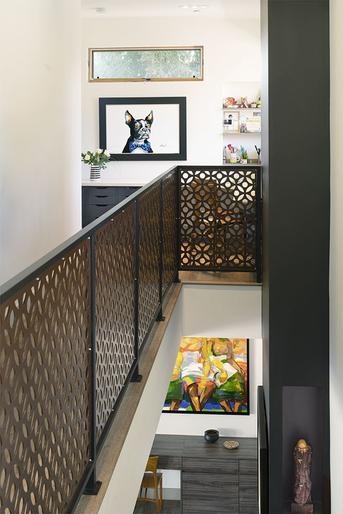 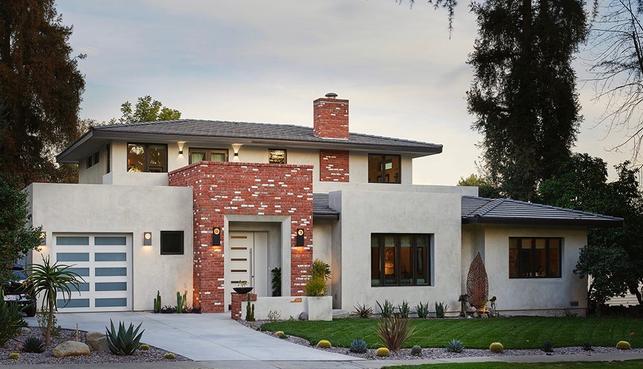 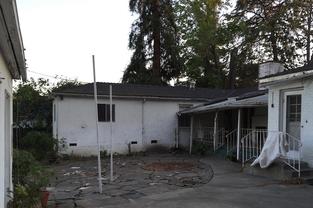 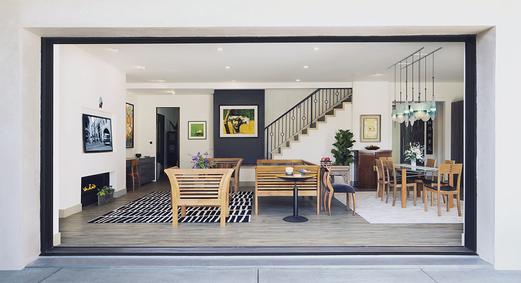 Custom designed laser cut panels are used in many areas inside and outside of the house.

With exception of a few studs and a wood burning chimney, this 1942 house was demolished for a new modern home, which was doubled the size (4500 sq. feet) and twice as tall (two stories and a 10- foot ceiling).  This home was designed to be spacious, full of natural light,  and with modern, clean lines. The interior has good flow and circulation, and the Great Room has an unobstructed view of the private back yard. 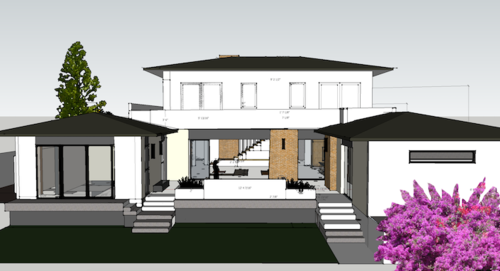 The master Bathroom is airy and light filled. The windows provide privacy yet offer the views of the green plants outdoor.  Sunken tub gives the illusion of space.